The increasing utilization of renewable energy sources and the advance of electromobility demand the provision of suitable energy storage technologies. The Helmholtz-Institute Münster (HI MS) brings together scientists from Münster University, Forschungszentrum Jülich and RWTH Aachen University to develop and improve batteries for these applications. 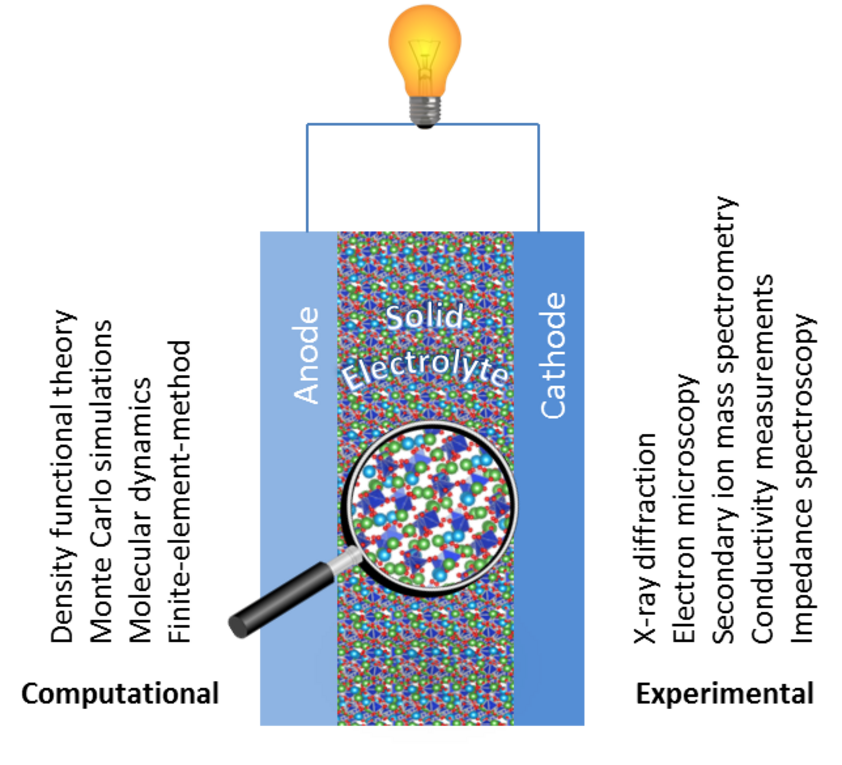 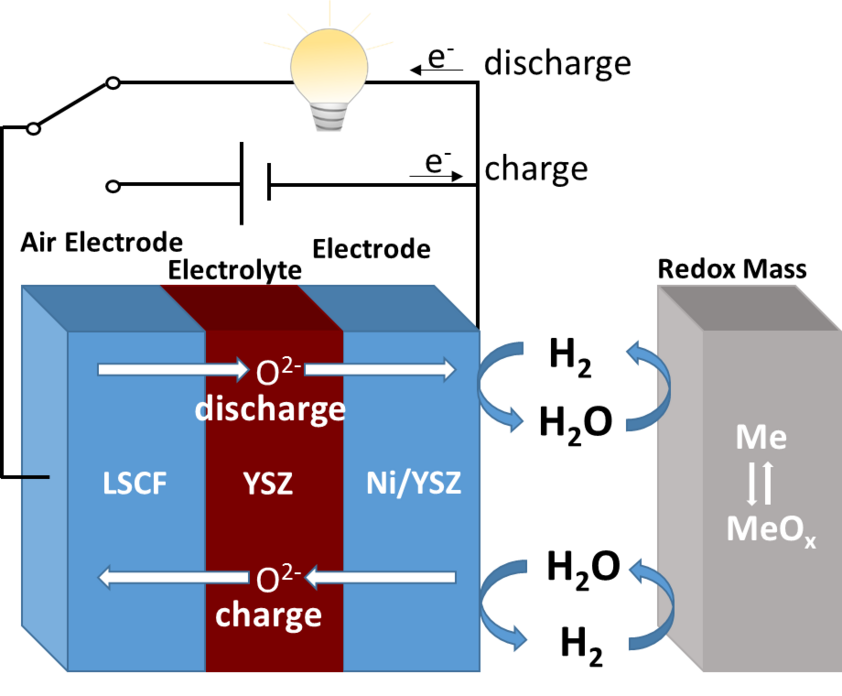 
From atomic to macroscopic scale 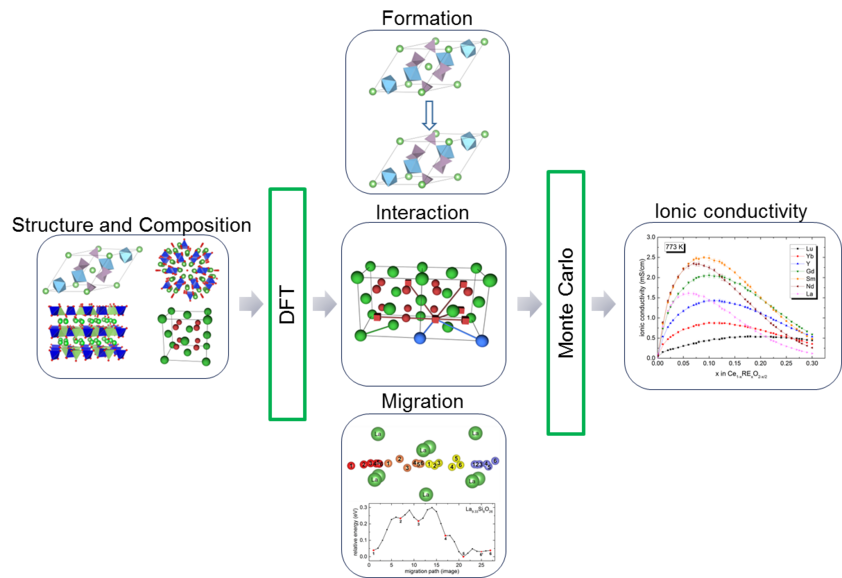 Density functional theory (DFT) allows the ab-initio prediction of energy barriers and interaction energies for ionic defects in solid state materials. In materials with high defect concentrations the energy barriers depend on the position of the moving defect due to the interactions with the environment. Kinetic Monte Carlo (KMC) methods allow the simulation of the ionic conductivity based on ab-initio energies by performing a sequence of random jumps for which the probability depends on the local environment. The simulations thereby connect the atomistic scale with the macroscopic conductivity for varying temperatures and compositions. We develop and apply KMC code to predict ionic conductivities and investigate the influence of different interactions. 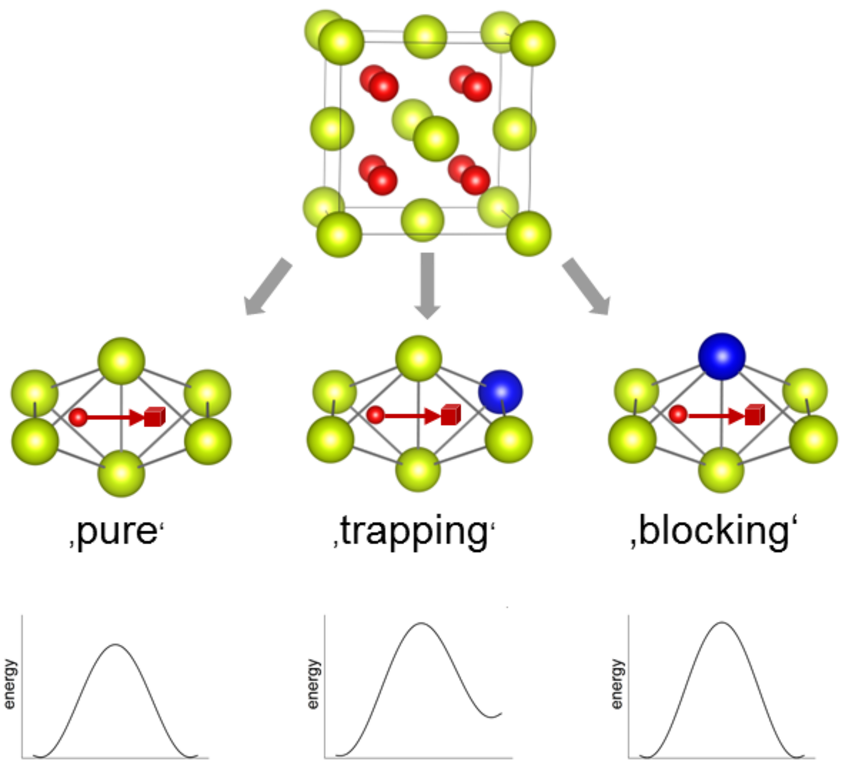 Doped ceria is an oxygen ion conductor where doping with rare-earth oxides like yttrium oxide generates oxygen vacancies in the lattice. The vacancies provide high ionic conductivity at elevated temperatures (around 500 °C). The ionic conductivity depends not only on the number of oxygen vacancies but also on the interaction of the vacancies with each other and the interaction with the dopant ions. We can divide these interactions into „blocking“ (increase of the barrier when passing a dopant) and „trapping“ (vacancies associate with the immobile dopants). The strength of these effects determines the shape of the conductivity curve with respect to the dopant fraction.

Lanthanum-apatites of the general composition
La8+x B 2-ySi6O26+3/2x -y (with B being divalent cations) show high oxygen ion conductivities comparable to those of doped ceria. In contrast to ceria the conductivity is not enabled by oxygen vacancies but by oxygen interstitials instead. Lanthanum cations form a channel for oxygen ions and oxygen interstitials can easily migrate within this channel. The transport of the ions proceeds by a cooperative interstitialcy mechanism where one ion pushes the next ion from its regular position. 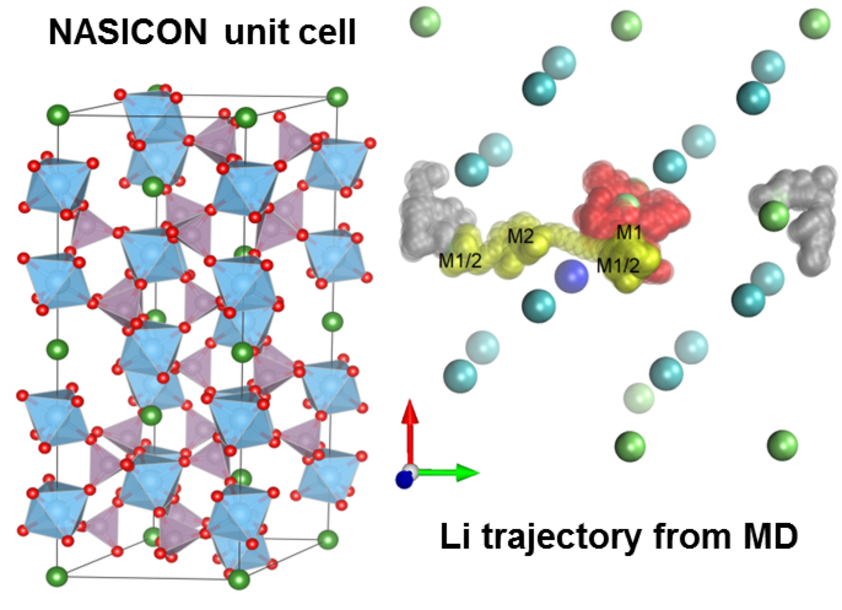 NASICON (Na+ Super Ionic Conductor) structured materials are known to possess high ionic conductivities for Na+ and Li+ ions. Therefore NASICONs are possible electrolytes for all-solid-state batteries. We are interested in the relation between composition, structure and conductivity of these materials. Computational and experimental methods are used to investigate migration barriers and conductivities depending on the composition.